A one-of-a-kind institution of higher education and research

This year, SpaceUp France will be hosted by France’s leading scientific establishment, the École polytechnique, also known as “l’X”. Established in 1794, it has maintained its role as a world-class educational and research institution thanks to its unique culture of excellence with a strong scientific learning in the great Humanist tradition. It combines top-level research, academics and innovation at the cutting-edge of science and technology.

The École polytechnique is home to leading research laboratories in fields ranging from physics to biology and computer science, with a faculty ranking amongst the best in the world. It is at the heart of the “Plateau de Saclay”, allowing the laboratories to work in association with France’s leading scientific institutions and firms. Its education is also competitive, with the “Ingénieur Polytechnicien” degree being highly selective and widely renowned. Students are given a strong multidisciplinary scientific background as well as cultural, management and physical education. 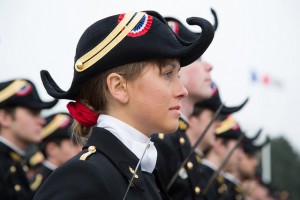 Being such a multidisciplinary institution, it is natural that the École polytechnique plays a role in the space industry. As a matter a fact, two of its alumni, Jean-François Clervoy and Philippe Perrin, are ESA astronauts who have flown to space. AstronautiX, Polytechnique’s growing student space association, stands as a proof of the interest of its students for the space industry. It organizes conferences, sky observations as well as other space related activities, and its members take part in ambitious projects, such as cubesat fabrication. 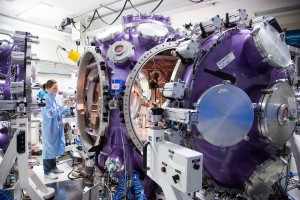