The European Space Agency (ESA) is Europe’s gateway to space. Its mission is to shape the development of Europe’s space capability and ensure that investment in space continues to deliver benefits to the citizens of Europe and the world.

ESA is an international organisation with 20 Member States. By coordinating the financial and intellectual resources of its members, it can undertake programmes and activities far beyond the scope of any single European country. Read more…

Founded in 1961, the Centre National d’Etudes Spatiales (CNES) is the government agency responsible for shaping and implementing France’s space policy in Europe. Its task is to invent the space systems of the future, bring space technologies to maturity and guarantee France’s independent access to space.

CNES is a pivotal player in Europe’s space programme, and a major source of initiatives and proposals that aim to maintain France and Europe’s competitive edge. Read more… 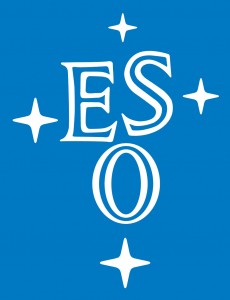 ESO, the European Organisation for Astronomical Research in the Southern Hemisphere, is an inter-governmental organisation with 15 Member States.

ESO’s main mission, laid down in the 1962 Convention, is to provide state-of-the-art research facilities to astronomers and astrophysicists, allowing them to conduct front-line science in the best conditions. By building and operating a suite of the world’s most powerful ground-based astronomical telescopes enabling important scientific discoveries, ESO offers numerous possibilities for technology spin-off and transfer, together with high technology contract opportunities and is a dramatic showcase for European industry. Read more…

The Community of Ariane Cities – CVA – was founded in 1998 and registered in France as a non-profit association.

Aeronautics and Astronautics Association of France is a french Learned Society with the following missions:

Onera (Office National d’Etudes et Recherches Aérospatiales) is the French national aerospace research center. It is a public research establishment, with eight major facilities in France and about 2,000 employees, including 1,500 scientists, engineers and technicians.

Onera was originally created by the French government in 1946, and assigned six key missions:

3i3s is a non-profit-making international institution. The institute brings together some of the most prominent individuals and organisations in the space industry, both in France and internationally (more than 1000 Members), to build and share a common vision around the technologies and applications related to these activities.

3i3s has three objectives: Lobby in favour of the space applications through occasions like breakfasts, lunches, dinners. Promotion of satellite applications: a genuine open window on what our members put at range of all, in many fields: health, TV, safety… A “fil rouge”: 3i3s facilitates the provision of technologies related to the satellite for the benefit of Humanitarian and Social projects, in partnership with our sponsors and our exchanges members. Read more…

HE Space is a privately-owned company, operating internationally with offices in the Netherlands, Germany and the USA.

At HE Space, we are passionate about space and passionate about people! We specialize in personnel recruitment with an exclusive focus on the space sector. This makes us one of a kind, since no other engineering services company combines the exclusive focus on space with the broad, international network, which we have built over 30 years. Read more…

The VHS-4 allows you to store up to 16TB of data and to access your digital heritage from any screen and compatible devices in your home or remotely, via internet. Create html photo galleries in just 2 clicks, automatically record any TV program corresponding to keywords you specified (such as “astronaut”, “astronomy”), or take advantage of the virtual machines to take part in space-related distributed computing projects! Read more…